A leading retailer company in their category has more than 2,000 stores, and approximately 15% of them were considered “underperforming,” or not consistently meeting established revenue and profit benchmarks. Before closing or relocating an underperforming store, the company attempts to boost performance through various means, including regular advertising and targeted direct mail. iDfour was asked to create a direct mail program that would primarily drive customers and prospects to the approximately 30 stores, and secondarily gain customer and marketplace insight that could be used in customer communications for all stores. 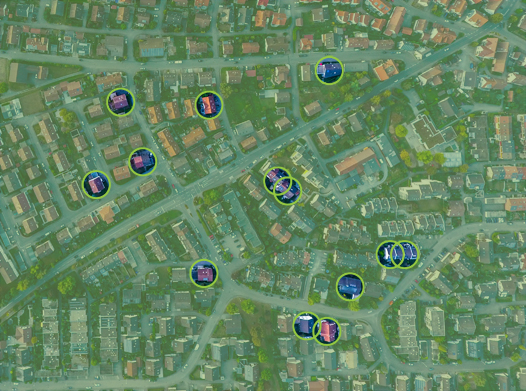 The client's prior experience with direct mail was largely negative due to poor data quality, inconsistent delivery, as as a result, low customer response. The client was also restricted from significantly overhauling their existing point-of-sale system and overbearing their limited technology resources.

First, iDfour created a profile of top customers and developed a model to score customers and prospects based on their likelihood to respond and purchase. The results after an initial mailing validated profiles and fine-tuned the model, allowing a more accurate balance of mailings to send. The architecture of the mailing model allowed for accurate personalization through a variety of offers relevant to particular targets. Additionally, in-store data capture both evaluated success and addressed the client's limited POS and technology capabilities.

iDfour's program was a resounding success. A successful direct mail program would have achieved an overall response rate of at least 4%; at the end of the first year of this program, customer response averaged over 13.5% and prospect response averaged 3%, a combined total far exceeding the baseline goal. The average purchase of direct mail responders was twice the average of all customers combined. The data also revealed buying tendencies that could produce future higher-margin purchases. Additionally, the program highlighted a group of highly profitable core customers that could be targeted for special promotions and opportunities.

Overall, the program achieved the primary and secondary goals: traffic boosted at underperforming stores, and the company gained valuable marketplace insight. Its web-enabled architecture allows the client faster response to its market, increased localization, superior messaging relevancy, improved user experience through multi-channel integration, reduced costs and more efficient media across the board. The client's customer database continues to grow and evolve, resulting in benefits far beyond its initial purpose. Other departments, including merchandising, operations and sales, now apply the database as an essential tool for identifying customer behavior and maximizing store performance.

iDfour has more than two decades of experience in helping companies like yours to grow and succeed. Give us a call, we love partnering with great companies!